When is idol Winwin returning? All active WayV members booked for Bangkok concert

Winwin to reportedly perform at a Bangkok concert (@WayV_official/Twitter)

BEIJING, CHINA: It has been a while since fans have seen idol Winwin. The K-pop idol who is part of NCT and WayV flew to China in early 2021 for his solo endeavours and has since been actively promoting as an actor and variety show regular. While fans were not sure when he would return as he was last seen in Beijing in August 2022, a new update has everyone excited. On August 31, it was suddenly announced that all active WayV members would be performing at a Bangkok concert.

While there are seven WayV members, Lucas is on hiatus since August 2021 for his dating scandal. With Winwin working as an actor in China, for the last few months we have only been getting schedules and activities with five members. However, the organizers, Applewood posted a group photo where they consciously edited out Lucas but kept Winwin which has fans assured that the latter will be joining WayV for the Bangkok concert.

Winwin to join WayV in October

On August 31, Applewood, a global entertainment company shared that they were managing the ensemble music concert ‘안녕 Bangkok: Arena K 2022’ in Bangkok and one of the artists that were part of the lineup was WayV. They will be performing on October 15 at the Impact Challenger Hall. Tickets for the event will be announced soon. Their fellow sub-unit NCT Dream is also part of the lineup. Neither of the group posters consists of all of the members, which means the organisers have edited to add only those members that will be attending the concert. For NCT Dream, only five members will be present – Renjun, Jeno, Jaemin, Jisung and Chenle. For WayV, we have Yangyang, Ten, Hendery, Kun, Xiaojun and Winwin.

Ticketing details will be announced soon!

Fans are excited for idol Winwin’s return as he could not make it for NCT’s full group comeback in late 2021. Many had also wondered if he would be part of WayV’s comeback that Ten had hinted at which now seems possible. The Chinese-born K-pop idol is also active as an actor in China and has landed two C-dramas ‘The Shadow’ and ‘Sweet Games’ as part of the main cast that will air in 2022 and 2023 respectively. Winwin has even launched his personal studio that will handle his acting projects in China.

Excited fans trended Winwin as they made tweets like, “I'm really looking forward to seeing Winwin on stage again, I miss that, I'm so happy for him. Please support him on his return to the stage.” Another fan posted, “Idol Winwin soon!” One added, “More WINWIN center Then~.” Another fan commented, “Idol winwin is back in two months. its been a fun 550+ days with you, actor dong sicheng.”

I'm really looking forward to seeing Winwin on stage again, I miss that, I'm so happy for him.

Please support him on his return to the stage. 💗pic.twitter.com/G5DkJbVyTU

idol winwin is back in two months.

its been a fun 550+ days with you, actor dong sicheng🥹 pic.twitter.com/5hmVfFQhAe

Share this article: When is idol Winwin returning? All active WayV members booked for Bangkok concert 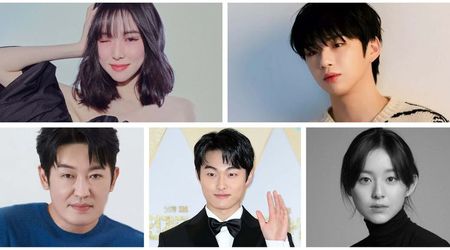 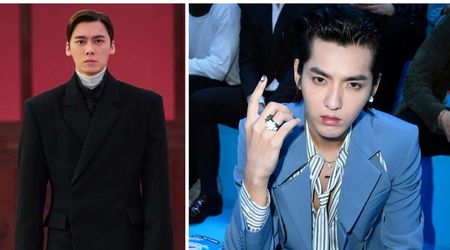