SEOUL, SOUTH KOREA: While Cignature fans already knew how intelligent member Chloe was, her teaching fans coding on VLive had non-fans shocked. With hundreds of K-pop debuts every year, it takes more than talent to stand out and make a mark. Sometimes it takes one old song going viral for a nugu (small) group to get popular as in the case of Brave Girls. Well, it looks like Cignature's Chloe being a data science major just might be what takes the group out of nugudom.

On August 19, Chloe had gone on VLive as she shared she wanted fans to give her some company while she studied. While studying for her classes, at one point she also started explaining what she was doing to the fans watching. Cignature fans already knew that she was studying at the University of Michigan and had often spoken about her major during interviews.

Well, on September 9, a Cignature fanbase took a clip from the VLive and tweeted it. It immediately picked up and started making the rounds on K-pop Twitter as non-fans were shocked and amused that Chloe was teaching fans coding. Cignature fans revealed that it had just been a joke when they had asked for a 'coding with Chloe' VLive and didn't think that the idol would take the suggestion seriously.

chloe who is majoring in data science at university of michigan teaching us how to do coding in vlive will be forever iconic pic.twitter.com/5ubPfEsDcU

Chloe is from the girl group Cignature which debuted in 2020. While she is Korean, she lived in California before moving to South Korea to become a K-pop idol. She has received the Congressional Award and a certificate from President Obama's President Education Awards Program. She is the vocalist of her group and had actually passed auditions at huge labels like Belift, CUBE, Starship, and FNC.

Watch the whole VLive below.

A fan said, "Chloe teaching coding got viral >> people curious about cignature >> cignature out of nugudom >> cignature worldwide domination." Another fan posted, "We stan woman in stem fr." A user was impressed, "Damn she’s using her idol money to pay for college, she’s smart. Hope everything is going well for her." Another fan said, "Cignature’s chloe! a genius, amazing vocalist, and the cutest girl ever." One user tweeted, "When that kpop girl who is majoring in data science at university of michigan taught the fans how to do coding in vlive."

we stan woman in stem fr

damn she’s using her idol money to pay for college, she’s smart. Hope everything is going well for her https://t.co/A9uaBfwsLz 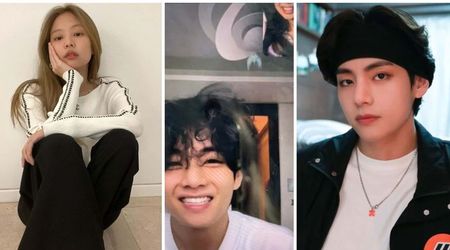 Are V-Jennie 'leaked photos' real? Fans of BTS and Blackpink ask 'why hide their faces?' 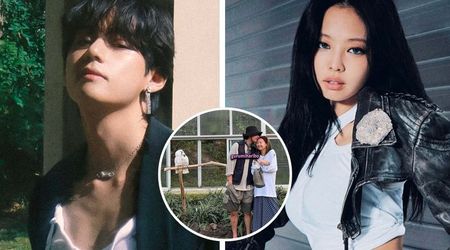 Gurumiharibo leaks more 'real' photos of V-Jennie, BTS and Blackpink fans are 'starting to believe them'