In a recent interview, Dominik also revealed that people won't be able to see that scene because it was never in the script

There have been a lot of things written about the life of Marilyn Monroe and how she struggled all her life even after being one of the most iconic faces of the entertainment industry during the 1950s and 1960s. Andrew Dominik’s ‘Blonde’ tries to capture all the hardships Monroe went through in a manner that makes viewers realize that even though her life was filled with glitz and glamour, there was some uneasiness that kept her awake at night. The movie had its premiere at this year’s Venice Film Festival and opened to polarizing reviews because of its disturbing portrayal of Monroe’s life.

There were several rumors that the movie includes a particularly graphic scene that made a lot of people unhappy and could have made the movie even more controversial. However, a few weeks after the movie’s screening in Venice, the film’s director has finally opened up about that particular scene and said that it was a rumor that came from a ‘clickbait journalist’.

'Blonde': What time will Marilyn Monroe's biopic release on Netflix?

There were rumors in 2021 that Netflix was really unhappy with some elements of the movie on Monroe's life, including a bloody menstrual oral sex scene. At the time, Dominik vehemently denied the ridiculous rumor and found it hilarious. However, in an interview with Deadline, the filmmaker went on to slam the “clickbait journalist” for spreading the rumor to ramp up the drama. According to Dominik, that the scene was “never” in the script and was just “one of those internet rumors”.

“You missed it because it was never photographed and it was never in the script. It’s just one of those internet rumors. I don’t know where that came from, just some clickbait journalist trying to drum up drama. God bless him,” Dominik told Deadline.

Even though some of the critics, who have seen the movie, said that the movie doesn’t include any such scene, they also noted that there are ample scenes that would make viewers really uncomfortable and that’s why the movie has been given an “NC-17” rating.

Based on the best-selling novel written by Joyce Carol Oates, ‘Blonde’ chronicles the journey of one of Hollywood’s biggest icons and shows how she became one of the most popular sex symbols of the 1950s and early 1960s. Even though Monroe became a legendary figure during the aforementioned time period, her troubled life also received a lot of attention. Throughout her adult life, she struggled with addiction and mood disorders. It is a well-known fact that the actress was exploited as soon as she entered Hollywood and was introduced to drugs that made her life even worse. Despite being so popular and loved, she found herself surrounded by far more enemies than friends.

‘Blonde’ is set to premiere exclusively on Netflix on Wednesday, September 28. 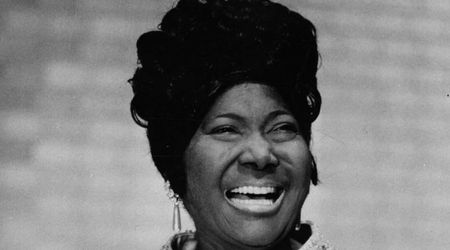