To commemorate their new LP's release, AFI has launched two new tracks, ‘Looking Tragic’ and ‘Begging For Trouble’, on February 26

Punk rock legends AFI are back with a new era of music, dropping new details, new singles and more before releasing their new 11-track album.

Originally a hardcore punk band, AFI's longstanding career has seen the group delving into many genres, starting with horror punk and following through post-hardcore and emo into alternative rock and gothic rock.

Titled, 'Bodies', the band's upcoming full-length is just on the horizon, arriving this summer, so, fans, keep your heads on a swivel and brush up on some important notes before its release. Here's all you need to know about AFI's 'Bodies' below.

'Bodies' is set to release on June 11 on Rise Records. Pre-orders are available now from this link.

‘Bodies’ will be AFI’s first studio release since their self-titled album in 2017 and their eleventh full-length in total. In the years that followed, AFI released one EP, 2018’s ‘The Missing Man’.

To commemorate their new LP's release, AFI have shared two new tracks, ‘Looking Tragic’ and ‘Begging For Trouble’, on February 26. Both songs, as well as previously released tracks ‘Escape From Los Angeles’ and ‘Twisted Tongues’ will feature on the album. Meanwhile, fans can also watch the accompanying Adam Mason-directed music video for 'Looking Tragic' below.

Frontman Davey Havok spoke of 'Looking Tragic' in a press statement, revealing that the song “addresses the theme of overstimulation resulting in desensitization," according to NME. He continued, “Melodic and driving, the song came to life quickly and immediately stood out as a track to make bodies, if not sentiments, move."

Drummer Adam Carson added, “After years of receiving early versions of songs from Jade [Puget, guitarist] and Davey, in forms that span loosely arranged chords and scratch vocal to fully realized demos, I think I have become quite adept at knowing which songs will or will not make the record.

“’Begging For Trouble’ was greenlit, at least in my mind, the moment I heard the vocals come in. To me, the track is a cornerstone of the new record.” As far as any additional info on the themes or sound of 'Bodies' goes: for now we've got the new singles to give us a glimpse, and the album also marks the first iteration after signing up with Rise Records — the label behind groups such as Angels & Airwaves, Placebo, Sevendust, to name a few.

AFI is releasing merch, sharing posters, and more on their social media. Check out their excitement announcements below.

As of the timing of writing this article, it is unclear which exact platforms 'Bodies' will hit for streaming but refer to this link for further updates. 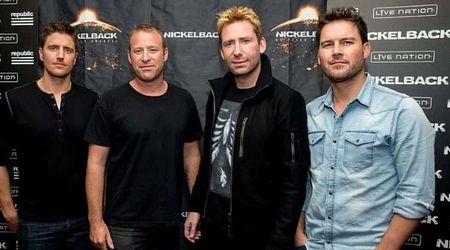