2022 APAN Star Awards: Air date, nominees, where to watch and all about the K-drama award show | MEAWW

2022 APAN Star Awards: Air date, nominees, where to watch and all about the K-drama award show

From shows on networks like SBS, tvN, KBS, MBC, to OTT platforms like Netflix, Coupang Play, Tving, a list of all K-dramas nominated for the 2022 APAN Star Awards

SEOUL, SOUTH KOREA: As the year 2022 enters its last quarter, the onset of the best season in the Entertainment industry heralds. With one award show and music festival announcement after another, fans are excited to see which artists will take big wins for their performances in K-dramas that were released in 2022 at the APAN Star Awards as the show announced their nominees. APAN Star Awards is a show that awards excellent K-drama actors and shows that contributed to the spread of the Korean Wave.

The show is organized by the Korea Entertainment Management Association (CEMA) and the eligibility criteria for the 2022 APAN Star Awards extends to K-dramas aired from March 2021 to July 2022. As shows like 'Squid Game' that became a worldwide phenomenon as well as other shows like 'My Name', 'The Red Sleeve', 'Liberation Notes' and many more took over the minds of fans over the past year, a lot of attention is focussed on the 2022 nominees as the award show will air in September 2022.

The in-person event will be held at KINTEX Exhibition Center in Ilsan, Seoul, South Korea. The organizers are yet to reveal whether the show will have an audience attending the 2022 APAN Star Awards.

Where to watch online

The 2022 APAN Star Awards will be broadcasted online for international fans on the show's official YouTube channel.

The 8th APAN Star Award show will be hosted by actor Jung Il-woo and Girls' Generation member and actress Yoona.

Here is the full list of nominees for the 2022 APAN Star Awards.

K-drama of the Year

'Be My Boyfriend'
'Mad for Each Other'
'Heart.zip'
'Would You Like a Cup of Coffee?'
'Blue Birthday'

Kang Young-suk for 'Military Prosecutor Doberman and 'Insider'
Park Seoham for 'Semantic Error'
Yoon Chan-young for 'All of Us Are Dead'
Choi Hyun-wook for 'Racket Boys' and 'Twenty Five, Twenty One'
Tang Jun-sang for 'Move to Heaven' and 'Racket Boys'

Excellence Award, Actor in a Miniseries

Excellence Award, Actress in a Miniseries

Kim Hyun-joo for 'Hellbound'
Lee Yoo-mi for 'Squid Game' and 'All of Us Are Dead'
Lee Jung-wun for Juvenile Justice'
Jung Eun-chae for 'Anna'
Han Sun-hwa for 'Work Later, Drink Now'

Uhm Ki-joon for 'The Penthouse 2' and SBS’s 'The Penthouse 3'
Yoon Si-yoon for 'It’s Beautiful Now'
Lee Tae-gon for 'Love (Ft Marriage And Divorce) 2'
Joo Sang-wook for 'The King of Tears, Lee Bang Won'
Ji Hyun-woo for 'Young Lady and Gentleman'

Kim Tae-ri for 'Twenty Five, Twenty One
Park Eun-bin for 'The King’s Affection' and 'Extraordinary Attorney Woo'
Seo Hyun-jin for 'Why Her?'
Shin Min-ah for 'Hometown Cha-Cha-Cha' and 'Our Blues'
Honey Lee for 'One the Woman'

ADVERTISEMENT
Share this article: 2022 APAN Star Awards: Air date, nominees, where to watch and all about the K-drama award show 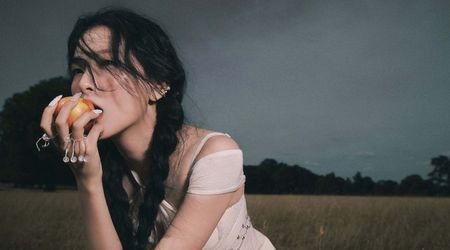