PUGET SOUND, WASHINGTON: Megan Hilty, the actress who stars in ‘Smash’, has tragically lost her pregnant sister in a devastating float plane crash. Three members of Hilty's family—her sister Lauren Hilty, brother-in-law Ross Mickel and niece Remy—were on board the float plane that crashed on Sunday, September 4, in Puget Sound, Washington. Although they have only found one body and the other nine on board are still missing, the US Coast Guard verified the identity of the passengers in a news statement on Tuesday, September 6.

Ross Andrew Wineries' owner, Mickel, was a well-known winemaker. His family spoke to NBC station KING 5 about the heartbreaking death and said Lauren was expecting at the time of the accident. One of the members of the Hilty family stated, "We are deeply saddened and beyond devastated at the loss of our beloved Ross Mickel, Lauren Hilty, Remy and their unborn baby boy, Luca. Our collective grief is unimaginable. They were a bright and shining light in the lives of everyone who knew them. Although their time with us was too short, we will carry their legacy forward."

The statement went on to ask for privacy as the family grieves for their loss and thanked for all the overwhelming messages that were passed as condolences. "The enormous outpouring and support we have received from our friends, family, and the public have been overwhelming. Our hearts go out to the families and friends of those who also lost loved ones on board. At this difficult time, we are requesting that our privacy be respected as we grieve the loss of our family members."

There is yet to be an official statement released from Megan or her representatives as the Hilty family mourns the death of their members.

The unprecedented float plane crash in Washington has taken the lives of at least ten people who were identified by the Coast Guard. The National Transport Safety Board has launched a team of seven investigators to provide reasons for the crash.

Furthermore, the US Coast Guard has released a statement claiming that they have ended the search for the bodies after informing the loved ones of the individuals struck by the tragedy. Their Twitter post announced, "The Coast Guard has suspended its active search for the remaining nine missing individuals effective at noon. All next of kin have been notified of this decision. Our hearts go out to the families, loved ones and friends of those who remain missing and the deceased." 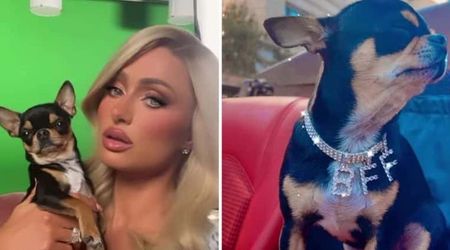