'Let's Go Crazy: The Grammy Salute to Prince': Release date, guest artistes, host and all you need to know about the tribute show on CBS | MEAWW

'Let's Go Crazy: The Grammy Salute to Prince': Release date, guest artistes, host and all you need to know about the tribute show on CBS

In honor of 'His Royal Badness', the Grammys are paying tribute to Prince for his decade-spanning career and legacy with performances from renowned artists including Chris Martin, Common, Usher and many more

Music luminaries have come together to pay homage to Prince, celebrating his prominent musical legacy in a new CBS TV special and on the fourth anniversary of the iconic artiste's passing.

The feature, monikered 'Let's Go Crazy: The Grammy Salute to Prince', was shot at the Los Angeles Convention Center on January 28, two days after the 62nd annual Grammy Awards, and just before headlines began to surface of entertainment events and shows being canceled or postponed.

Viewers can expect to see performances by Usher, Gary Clark Jr, Chris Martin of Coldplay and more, as well as performances by Prince protégés and collaborators such as The Revolution (Prince's band), Morris Day & The Time and Sheila E.

You can watch 'Let's Go Crazy: The Salute to Prince' on CBS All Access, which is available on numerous devices including iOS devices, Android devices, TVs and connected devices, gaming consoles, smart home devices and more. You can also visit the CBS official website here.

Actress and comedian Maya Rudolph will host the show and also perform with her Prince cover band.

The show will feature performances by:

Morris Day And The Time

Who's behind the documentary

Ron Basile, Chantel Sausedo, and Rac Clark are producers of the special. David Wild is both writer and producer for it. Jimmy Jam, Terry Lewis and Sheila E are the co-musical directors of the special. According to Billboard, AEG Ehrlich Ventures, LLC produced the show with the cooperation of The Prince Estate.

According to Billboard, he said, "Prince is special. He probably did 12 TV appearances over his career. I did five of them." He added, "I think it's going to do very well because the audience that has grown around him since his death is equal to or greater than the audience that loved him when he was alive. There's no 15-year old who doesn't know who Prince is."

'Stevie Wonder: Songs In The Key Of Life — An All-Star Grammy Salute'

'The Beatles: The Night That Changed America — A Grammy Salute'

'Stayin' Alive: A Grammy Salute To The Music Of The Bee Gees'

Share this article: 'Let's Go Crazy: The Grammy Salute to Prince': Release date, guest artistes, host and all you need to know about the tribute show on CBS 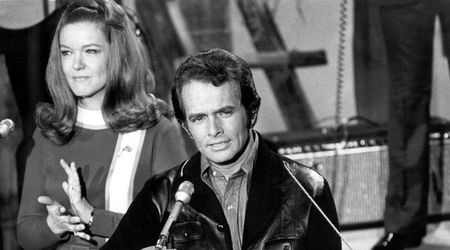