Richard Griffin said the visitors assumed that the Queen was just a tourist as she was dressed in a simple attire (Paul Grover - WPA Pool/Getty Images, @SKYNews screenshot)

ABERDEENSHIRE, SCOTLAND: After Queen Elizabeth II passed away on Thursday, September 8 at the age of 96, her friends and fans flocked to her funeral to remember all of her memorable moments. One of the funnier anecdotes was related by her bodyguard during the Queen's Jubilee and involved how the witty monarch pranked two US visitors who were visiting her residence but didn't recognize her.

In a recently-resurfaced video, former Protection Officer Richard Griffin spoke to SKY News about the hilarious encounter that took place while he was strolling with Elizabeth in front of Balmoral Castle in Aberdeenshire, Scotland, "There were two hikers coming towards us and the queen would always stop and say hello." The visitors assumed that she was just a tourist as the Queen was dressed in simple attire; a headscarf and a tweed jacket. “It was two Americans on a walking holiday, and it was clear they hadn’t recognized her, which was fine,” Griffin recounted at June’s Platinum Jubilee. “The American man asked her if she lived in the area to which she replied that she did indeed have a house nearby.” The late Queen cheekily replied "that she lived in London but had a house just over the hill," the bodyguard continued, refusing to blow her cover.

In response to the unaware tourist's question about how long she had been coming, the covert monarch remarked that, according to Griffin, she had been coming here for around 80 years. Griffin claims that even though this playful hint started the "cogs" rolling, the unaware traveler still didn't identify his renowned acquaintance. He said, "Well if you’ve been coming here for 80 years, you must have met the queen?” the security recalled of the face-palm-worthy moment. “As quick as a flash, she said, ‘Well I haven’t, but Dick here meets her regularly,'” Griffin fondly recalled of the epic misdirection. “So the guy asked me what she was like.” He continued as reported by the NY post, “And because I was with her a long time, I could pull her leg, so I said 'she could be very cantankerous at times, but she’s got a lovely sense of humor.'”

The visitor then placed his arm over Griffin's shoulder and handed Elizabeth his camera so she could capture a picture of them while he was still unable to connect the dots. Then, to allow him to take a picture with what he probably believed to be a random elder, they had the two trade places. “Anyway, we swapped places. I took a photo of them with the queen. We never let on and we waved goodbye,” Griffin explained. “Then her majesty said to me that she’d love to be a fly on the wall when he shows these photos to his American friends and 'hopefully someone tells him who I am.'” 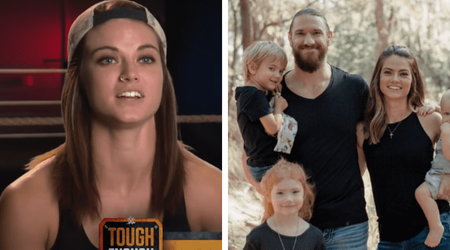 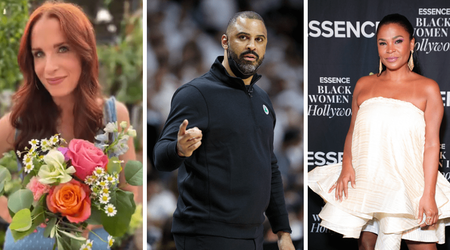