Deborah Burbank claimed that Vicky White told her daughter 'how important it was to stay on the straight and narrow', before fleeing from jail with Casey White

A woman who claimed to be Alabama corrections officer Vicky White’s lifelong friend has spoken about her apparent suicide and also revealed her last words hours before she escaped from jail with her inmate lover Casey White. Deborah Burbank told DailyMail.com that the late veteran corrections officer “was not suicidal” and “acted like she always did” hours before she fled.

Burbank said her daughter, whose name has not been disclosed, had some issue with the law earlier and as a result, she was sent to Lauderdale County Jail in Florence, Alabama, for some time. On April 29, when the two Whites — who are not reportedly related to each other despite having the same surname — escaped the Lauderdale County Detention Center in a transport vehicle, Burbank’s daughter went to the jail to meet a friend when she had an interaction with Vicky.

The woman, who went to the same elementary and high schools as the deceased cop, said, “My daughter saw Vicky that morning and she said she acted like she always did. Vicky spoke to my daughter and said how proud she was of her for getting her life back on track. She told her how important it was to stay on the straight and narrow. We've spoken about it since, and she's thought about it, but she says Vicky was just like she always was. She gave no indication that anything was up. We're all just shook.”

Burbank went on to say, “Vicky was just a good person. She was always supportive, always helping people – my daughter, nephews, friends. She would do anything for anyone. And she was always a good girl, a family girl. When we were younger, I would smoke weed and drink. Vicky never participated in any of that, but she was still my friend.”

Vicky’s old pal also revealed that the 56-year-old, who was on her last day at work on April 29 before retiring, did not get the prison service because she always wanted that. She got the job after someone told her about the recruitment going on there at that time. “She applied, and she enjoyed her work. She took great pride in it,” she stated.

Burbank said that a prayer vigil was held in honor of Vicky, who was assistant director of corrections at the Lauderdale County jail, after her death at the jail. She also mentioned, “There's a lot who are angry with Casey and blame him for this.” The woman then tried to explain what could have led her friend to take the unusual step she took, which resulted in her death. She remarked, “The only thing I can think is that you just don't know where your heart can lead you. I should know I've had four awful husbands. Vicky only had one and she stayed friends with him to the end. I guess we can all fall in love and do crazy things.”

But speaking about her death, Burbank insisted that Vicky could not take her own life. She said, “Vicky was not suicidal. She did not deliberately pull that trigger and shoot herself. You can hear on that (911) tape. Vicky was not suicidal when they got up to her,” before adding, “You can hear Vicky hollering, ‘Casey.’ She was talking about getting up and running. She was not suicidal. I don't care if they say they found the gun in her hand, I do not believe she pulled the trigger and shot herself on purpose. None of this makes any sense to me but whatever she did I just can't believe that.” 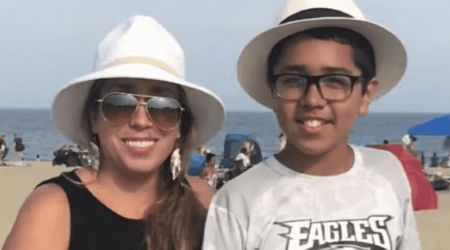