'Avengers' star Sebastian Stan had to introduce himself to Gwyneth Paltrow thrice: 'She must think I'm crazy!' | MEAWW

'Avengers' star Sebastian Stan had to introduce himself to Gwyneth Paltrow thrice: 'She must think I'm crazy!'

After being thrown into a group photo with Paltrow, Stan stopped to speak with the 'Iron Man' actress only to find to his surprise that she had no idea who he was

After being thrown into a group photo with Paltrow, Valentino's Pierpaolo Piccioli, brand founder Valentino Garavani, and supermodel Lauren Hutton, Stan stopped to speak with the 'Iron Man' actress only to find to his surprise that she had no idea who he was.

Stan later shared the image on his Instagram, mentioning that he had reintroduced himself to Paltrow three times.

"Just barely managed to photobomb the great @pppiccioli and legend @realmrvalentino here... Thank you both for inviting me to my first couture show in 🇫🇷👨🏻‍🎨. Also glad I got to reintroduce myself to @gwynethpaltrow for the third time," Stan captioned the photo. "We are in the same film...🤷🏻‍♂️ #valentino #couture @maxmontingelli."

Now in an interview on 'The Jess Cagle Show', he cleared up what happened during that encounter. "All that I was trying to say, I was just trying to take the p*** out of myself, to be honest," Stan said.

"We were at this event, and especially at some of the fashion events, for me, I feel a bit out of my element. I try to kind of stick to myself. I'm not like that guy that goes up to people and is like, 'Hey! How are you? Here's who I am.' It just doesn't feel right."

But then it turns out a friend who was accompanying him noticed Paltrow and pointed out that they must know each other, seeing as they both appeared in 'Avengers: Infinity War' and 'Avengers: Endgame' together.

"I was like, 'I don't know if we really worked together.' So I guess we got thrown in that group photo," Stan recalled. "I was like, 'Hey, by the way, it's Sebastian.' I think she sort of just gave me this look. I was like, 'From Avengers, we met…' and then the picture was taken, I'm not even sure if she [remembered me]. It was just like a weird moment."

"I was like, 'My God, I've introduced myself to this poor woman a third time, she must think I'm just this crazy person,'" Stan added.

While that story is hilarious, it's pretty understandable that with the sheer number of people on set for the last two 'Avengers' movies, Paltrow may have had trouble keeping track of everyone involved.

And as for Sebastian Stan, he'll be returning to the MCU for 'The Falcon and the Winter Soldier' which is currently on a production pause because of the coronavirus pandemic.

ADVERTISEMENT
Share this article: 'Avengers' star Sebastian Stan had to introduce himself to Gwyneth Paltrow thrice: 'She must think I'm crazy!' 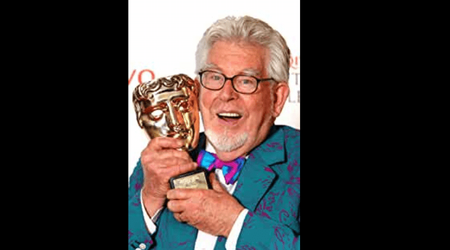