The Trump administration has unveiled a "testing blueprint" to increase capacity for coronavirus tests nationwide, which puts the onus on states to develop their own plans and rapid-response programs.

These programs are meant to facilitate quick isolation and contact tracing of individuals who test positive, whether they are symptomatic or asymptomatic (people who do not show symptoms). The document states that the federal government will "act as a supplier of last resort".

The blueprint says that the federal government will "provide strategic direction and technical assistance regarding the best use of available testing technologies" and it will "strategically align laboratory testing supplies and capacity with existing and anticipated laboratory needs," besides providing expedited regulatory authorizations for tests and testing equipment.

“The federal government will continue to support states accelerate testing plans and programs that help enable America to Open Up Again. This blueprint will help states maximize testing capability and protect health and safety during this pandemic and beyond," says the guidance.

The document comes close on the heels of a Harvard study that said that to reopen the American economy and remain that way, the US will need to test at least 1.5 million people daily currently.

"We've launched the most ambitious testing effort, likewise, on Earth. The US has now conducted more than 5.4 million tests — nearly double the number tested in any other country. More than twice as much as any other country. Think of that," said President Donald Trump during a briefing on April 27.

"Today we're releasing additional guidance on testing to inform the states as they develop their plans for a phased and very safe reopening. Our blueprint describes how states should unlock their full capacity, expand the number of testing platforms, establish monitoring systems to detect local outbreaks and conduct contact tracing. We have it all," he added.

At the briefing, US Vice President Mike Pence said that the US could be doing as many as 2 million tests a week all across the country "to give the American people confidence that we can reopen and get our economy moving again."

According to numbers updated by the US Centers for Disease Control and Prevention (CDC) till April 27, the number of specimens tested for SARS CoV-2 (the virus that causes COVID-19) by CDC labs stands at 5,228, and for US public health laboratories, the figure is 486,587.

The blueprint also acknowledges that COVID-19 could co-circulate with influenza and other respiratory viruses in the fall. "The administration will update diagnostic testing algorithms and protocols to account for seasonality of influenza and other diseases that may occur concurrently. This effort is needed because, in Fall 2020, COVID-19 could co-circulate with influenza or other respiratory viruses."

"Under this scenario, anyone with an influenza-like illness may be recommended to undergo a testing sequence, a dual antigen test, or a dual nucleic acid test to enable effective diagnoses of COVID-19 even in the context of a co-circulating disease," says the document.

Dr Robert Redfield, CDC Director, had said in a recent interview that a second wave of the coronavirus pandemic could hit the US next winter and that will be even more devastating for Americans to deal with than the current one as it may coincide with the start of flu season.

Following his statement, Trump had, during a briefing last week, said that Dr Redfield was misquoted in the media on a statement about the fall season and the virus. "Totally misquoted. I spoke to him and he said it was ridiculous. He was talking about the flu and corona coming together at the same time and corona could be just some little flare-ups that we'll take care of. We're going to knock it out," he said.

What the blueprint says?

The plan asks states, local and tribal governments to develop testing plans and rapid response programs, "as called for by the President's guidelines".

This includes maximizing the use of all available testing platforms and venues (for example, private, public, hospital, clinic-based laboratories), identifying and overcoming barriers to efficient testing (such as underutilization of deployed assets, misallocation of supplies, logistical failures), and developing, implementing "sentinel monitoring and rapid response programs".

States have been advised to have "robust diagnostic testing plans" in place to maximize testing across all platforms and venues, with protocols for responding to both localized and widespread outbreaks.

States must have systems in place to collect and report critical data, as well as to anticipate and respond to statewide and local testing needs, says the document.

The White House also instructs states to develop innovative and robust systems to identify asymptomatic cases in coordination with the CDC. "To help set up these systems, the administration is providing technical assistance to all states and territories as they maximize utilization of existing laboratory capacity," it says.

The White House emphasizes that states must be able to proactively monitor for and respond to local outbreaks. "This requires leveraging the best available testing methods and technologies to readily identify both symptomatic and asymptomatic cases and to contain outbreaks to isolated geographic areas," says the document.

The blueprint asks states to make use of well-established, nationwide clinical monitoring systems throughout the summer and beyond so they can quickly identify any areas of a potential outbreak and surge resources as needed.

"States can supplement the information from these systems using other clinical monitoring methods, including electronic case reporting. By making effective use of this information, state, local, and tribal governments can gain better visibility into critical metrics, including daily cases, hospitalizations, and mortality, and will be better positioned to prioritize testing resources and respond to any outbreak, including by requesting additional federal support in a timely manner," says the guidance.

The White House calls for using antibody tests to help assess the number of people in a community who have been previously infected by the virus, especially within critical groups like first responders, essential workers, healthcare providers, and vulnerable populations.

The blueprint also asks the private sector to develop new technologies, seek emergency use authorization (EUA) for new technologies, accelerate production of tests and materials (for example, swabs), share information from clinical trials with other stakeholders, and expand testing partnerships with state, local, and tribal governments.

"Testing plans and rapid response programs will be federally supported, state-managed, and locally executed. Every symptomatic patient should receive a timely and accurate diagnostic test. To enable early detection, potential community spread should be actively assessed through a strategic approach that identifies asymptomatic individuals who test positive through sentinel monitoring at critical locations, including senior and other congregate living settings and healthcare clinics. Containment of potential outbreaks should be accomplished through systems for contact tracing," says the plan.

More than 988,450 COVID-19 cases have been reported from across the US as of April 28, and over 56,240 have died in the coronavirus pandemic, shows the Johns Hopkins tracker. 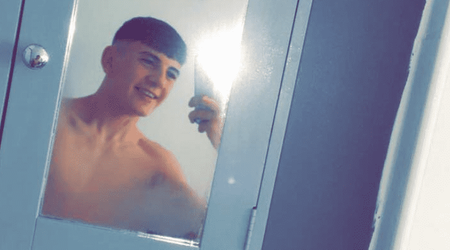