Trump put himself first and not America in Covid-19 response, says Nature journal as it endorses Biden for POTUS | MEAWW

Trump put himself first and not America in Covid-19 response, says Nature journal as it endorses Biden for POTUS

From a ‘shameful record of interference in health and science agencies’ to a ‘disastrous response’ to the Covid-19 pandemic, the editorial argues that the Trump administration's actions have had devastating consequences

Stating that no US president in recent history other than Donald Trump has so “relentlessly attacked and undermined so many valuable institutions” — from science agencies to the media, the courts, the Department of Justice, and even the electoral system — the prestigious scientific journal Nature has endorsed Democratic presidential candidate Joe Biden for US president. “Trump claims to put ‘America First’. But in his response to the pandemic, Trump has put himself first, not America,” says the editorial title, “Why Nature supports Joe Biden for US President.”

According to Nature, Biden is America’s “best hope” to begin to repair the damage to science and the truth — by virtue of his policies, which aim to do so and his leadership record in office, as a former vice-president and as a senator and that his “trust in truth, evidence, science, and democracy make him the only choice” in the US election.

First published on November 4, 1869, Nature is a leading international weekly journal of science. From 2010, the Nature group of journals and Nature itself became increasingly engaged with multidisciplinary research themes and societal challenges.

The current editorial argues that the Trump administration’s disregard for rules, government, science, institutions of democracy, and, ultimately, facts and the truth have been on full display in its “disastrous response” to the Covid-19 pandemic. Stressing that the administration’s actions have had devastating consequences, the article warns that challenges such as ending the Covid-19 pandemic, tackling global warming and halting the proliferation and threat of nuclear weapons, will not be overcome without the collective efforts of the nation-states and international institutions that the Trump administration has sought to undermine.

“His (Trump) administration has picked fights with the country’s long-standing friends and allies, and walked away from crucial international scientific and environmental agreements and organizations: notably, the 2015 Paris climate accord, the Iran nuclear deal, the United Nations’ science and education agency UNESCO, and even, unthinkable in the middle of a pandemic, the World Health Organization (WHO). On the domestic front, one of this administration’s most dangerous legacies will be its shameful record of interference in health and science agencies — thus undermining public trust in the very institutions that are essential to keeping people safe,” it says.

The undermining of research advice has been accompanied by the systematic dismantling of scientific capacity in regulatory science agencies, the authors stress. Citing the example of the Centers for Disease Control and Prevention (CDC), the editorial board explains that the agency that should have led the nation’s coronavirus response has been made “subordinate to a task force whose leaders include vice-president Mike Pence and Trump’s son-in-law, Jared Kushner — neither of whom has expertise in infectious diseases.”

The article says that Biden, by contrast, respects the values of research and has vowed to work to restore the US’ fractured global relationships. “For these reasons, Nature is endorsing Biden and urging voters to cast a ballot for him on November 3. Biden’s campaign has worked with researchers on plans for Covid-19 and climate change. He has pledged that decisions on the pandemic response will be made by public health professionals and not by politicians and he is rightly committing to restoring the ability of these professionals to communicate directly with the public,” states the editorial.

The journal also writes that Biden is promising to ramp up test-and-trace programs and to provide more support to people hit hardest by the coronavirus and that combined with vaccines and medicines, these are the kinds of policies that will be essential to ending the pandemic.

According to the authors, if elected, Biden would have the chance to reinstate and strengthen the climate and environmental regulations rolled back under Trump, and return the CDC’s leadership role in the pandemic. “He should also move to reverse egregious policies on immigration and student visas, and hold the US to its international commitments — not least its membership of the WHO and UNESCO. Joe Biden must be given an opportunity to restore trust in truth, in evidence, in science and other institutions of democracy, heal a divided nation, and begin the urgent task of rebuilding the US’ reputation in the world,” concludes the journal.

This is not the first time that a scientific journal has criticized the Trump administration. Recently, the New England Journal of Medicine (NEJM) published an editorial condemning the Trump administration for its poor handling of the coronavirus pandemic. While the medical journal did not endorse any particular candidate, it asked Americans to vote out the current “dangerously incompetent” political leadership for its failure to tackle the Covid-19 crisis.

ADVERTISEMENT
Share this article: Trump put himself first and not America in Covid-19 response, says Nature journal as it endorses Biden for POTUS 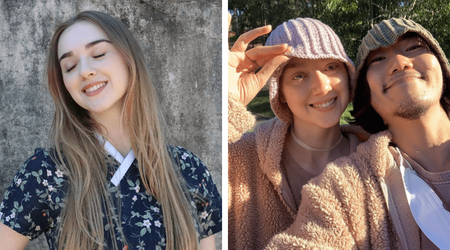