Who was Katherine Schlegel? College student overdosed on ecstasy supplied by former soldier

Mother describes her as the most beautiful, loving, young lady you could ever know, says she was not a regular drug user

Katherine Schlegel died of a drug overdose and Lagaria Slaughter supplied it to her (Hoyt Funeral Home, lagaria.slaughter/Facebook)

A former US Army soldier was sentenced to 15 months in federal prison on Thursday for supplying a fatal dose of the party drug Molly, or ecstasy, to 20-year-old Katherine Schlegel at the Electric Zoo music festival in 2018.

The solder-turned-drug dealer Lagaria Slaughter, in the remote sentencing hearing in Manhattan federal court, broke down as he apologized for peddling the poison that caused the young woman to overdose at the electric music festival on Randall’s Island. “I want the family and friends of the victim to know that the person I was back then is not who I am, but a selfish and inconsiderate child wrapped up in something I should not have been,” Slaughter, a specialist in the Army who was kicked out after his arrest, said. He added that he’s been diagnosed with bipolar depression but has found work in a care home since he was relieved of duty.

Who was Katherine Schlegel?

Katherine Schlegel was a college student, a 2016 graduate of NCHS and a lifelong resident of New Canaan, Connecticut. Slaughter traveled to New York City the weekend of the festival with another soldier, Tanner Howell, who arranged to buy 57 molly tablets to use with Schlegel and her friend at the gig. 3,4-Methylenedioxymethamphetamine, also known by its scientific name MDMA, or more popularly, ecstasy or molly, is an illegal drug with stimulant and hallucinogenic effects. A typical recreational dose of ecstasy ranges from 50 to 150 mg, and users will typically consume 1–2 tablets over the course of an evening. Taking up to 10 pills at a time can lead to toxic effects, such as overdose, according to The Recovery Village.

Schlegel, who was not a regular drug user, overdosed and died two days later on September 3, at a New York City hospital. Her parents were Elena (Peters) and Stephen Schlegel. Elena said at the sentencing hearing she remains devastated by her daughter’s premature death. “I will be forever haunted, thinking about her just trapped in her last moments. Was she scared? Was she conscious? Was she wondering where I was?” she said, adding that her daughter was 'the most beautiful, loving, young lady you could ever know'.

"She loved going to concerts. She loved music," she said, adding that she was not a regular drug user.

A memorial service was observed for her on September 6, 2018, at St Aloysius Church, Cherry Street. The New Canaan High School Class of 1978 raised $7,800 for the Saint Catherine Center for Special Needs in her memory. "Katherine Schlegel carried a bright, bubbly personality in life and was a quick friend to many people she met along the way, according to those who knew her," said a New Canaanite article. Her father, Stephen, pointed out, “Katherine was always the brightest light in the room.”

"There was no pursuit that Katherine was not willing to take on, no adventure too great for her, and no individual who was unworthy of her love and support. She was a giving soul with a creative and individual spirit. Katherine found joy in her own distinctive way, and that joy is still felt by everyone whose life she touched," said the New Canaan High School Scholarship Foundation (NCSF), who honored her memory with a scholarship program. 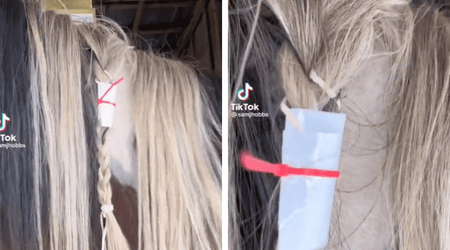